This week we have awarded two athletes Spirit of the Hit-out as the Judges were torn!

The first athlete is Lauren from CrossFit Colossus. Lauren had never lifted the women’s weight overhead before and over came nervous tears in the warm-up to produce a respectable 53 reps. An amazingly courageous effort! 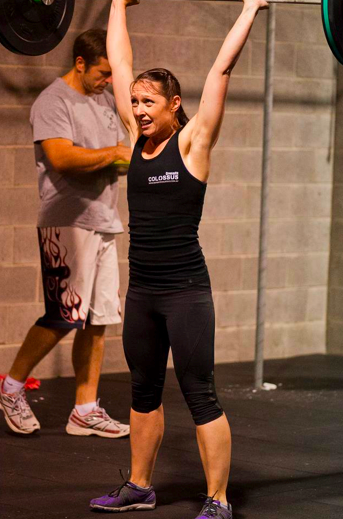 Our second athlete is 15 year old Rohan from CF42s. Each week Rohan has showed a tremendous amount of heart and determination to hit the floor at every Hit-out even though he has had to scale every workout. Rohan gets out there and gives his absolute best every time – you should be proud of yourself mate.

Not the best photo of Rohan – apologies!